Many years ago now (more than I’d like to contemplate) as part of my Master of Arts degree I undertook a work placement that required me to write a commissioned history for an organisation.

Even though I had not yet fully begun my screened history journey, I did still have an obvious interest in history, film and television (my other work placement was in the library at the Australian Film Institute – AFI).

It was suggested that I approach the professional networking group, Women in Film and Television Victoria, WIFT(Vic). Out of that suggestion I ended up researching and writing a history of their event Women in Motion. 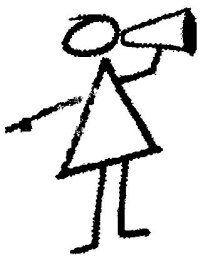 I was also interested at the time in web design (the start of an ongoing interest) and instead of producing a written, printed history, I created an online history.

For a number of years that history was very kindly hosted on the AFI’s library website, but it is now part of the larger screened history project.

If you are interested, check it out at its new permanent home (and  new layout thanks to WordPress): Women in Motion

I am currently working with Associate Professor and documentary filmmaker, Kim Nelson on a new interdisciplinary and international project.

Interview with Robert Rosenstone for the Film and History conference 2018 (from Kim Nelson on Vimeo).